This are some of the most extremely Super Hot Peppers variety in existence.

This Super Hot Peppers was organically grown, using holistic methods. And one of the inputs that I’ve used is FullOn by GrowSwitch.

If you’ve been following my previous blog post, you should probably be familiar with FullOn as a very good Biostimulant. Like I’ve said, it’s an ultimate tool to have in your shelves.

What can it do to your plants?

Well, one is that it can make the fruit(s) grow bigger and better. (Like this Super Hot Peppers that I’ve grown). That resulted in many advantage(s) in the market.

In fact, a friend of mine that happens to be the one that gave me the seeds said, that the pods looks so “gnarly” (amazingly) and that it looks like they’re taken good care of. However, I told him that they were not well cared. Of course, they get a regular watering, but not enough TLC(s). 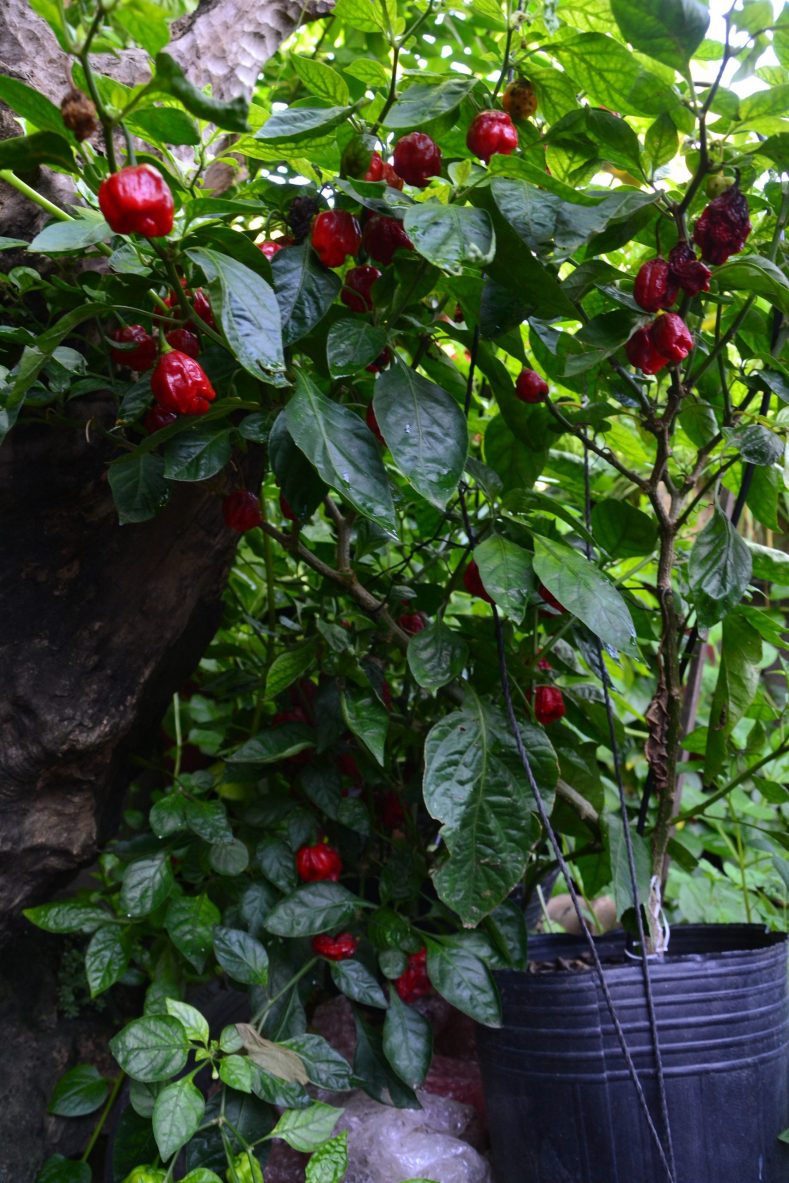 We’ve been out of town for almost 8 weeks, and we just visited the garden only twice. But as you can see, peppers are still flourishing and having more than enough pods. In fact, I’ve collected more than 3 kg of pods in just 3 plants only. And it’s more than enough for just personal consumption purposes.

And I have no idea what to do with it, so instead I’ve dried some of them. Then I realized that I’ve already got more than enough dried pepper.

And then again I came up with an idea to make a crispy chilli garlic (the unexpected product).

So, I did. And my partner helped and supported me, as always. We came out with a product called “Crispy and Spicy Fried Garlic”. One of the variants is “WildFire”. Its heat levels is at mid. And the other variant that we planned is “Flame” which we want it to be lighter and “Inferno”, which will be extremely hot!

One of the benefits that you’ll get when using FullOn is that you will not only have better produce, but at the same time gives you the potential to have variants of products. Because of the plentiful high quality produce that you will get. Like what we’ve got and did.

I hope you will consider trying GrowSwitchs’ product.