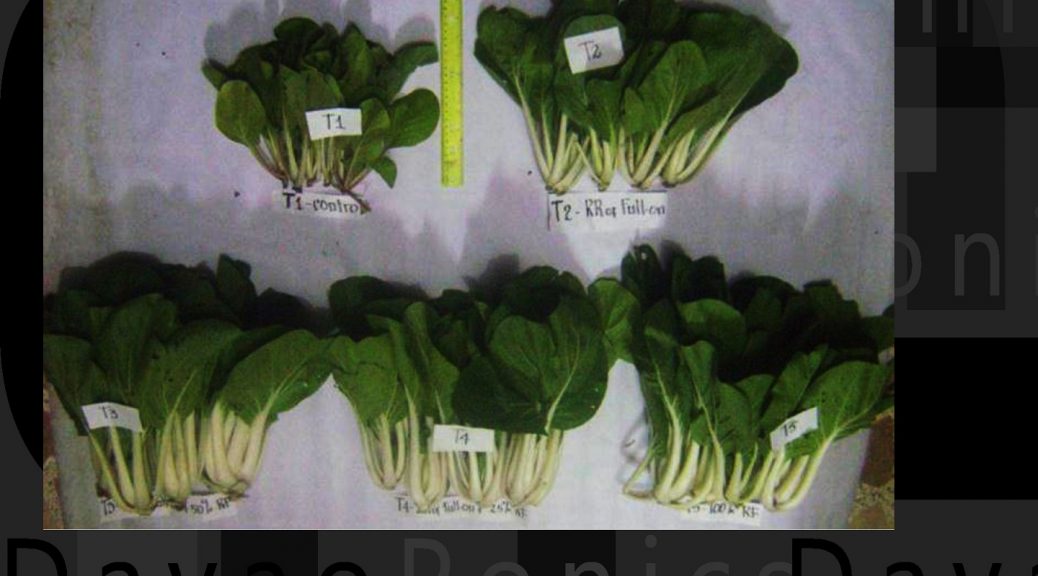 The official results are in. Full On is clearly the winner in this field trial on Bok Choy performed by the Philippine Ag Dept (BAFS). Our thanks to BAFS!! 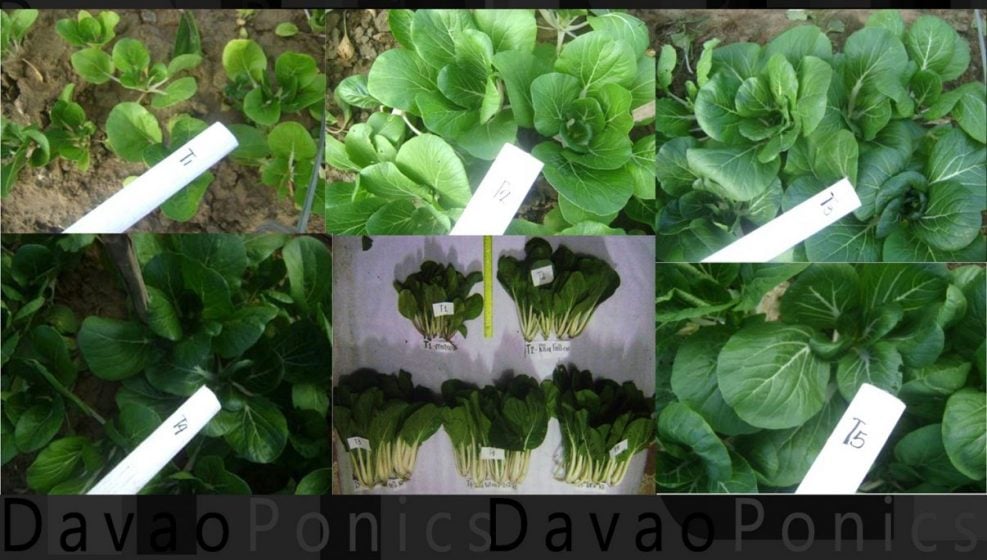 The efficacy of Full On Liquid Fertilizer on the yield of pechay (Black behi Var), grown in a nitrogen-deficient silt loam soil was evaluated at Tres De Mayo, Digos City from May to June, 2015. Its influence on the soil properties, the economics of its application and its potential as a substitute or as a supplement to the recommended inorganic fertilizers for the crop was assessed.

The application of the different fertilizer treatments had significantly influenced the growth and yield of pechay specifically in terms of average plant weight and the total computed marketable yield, the soil properties and the economic efficiency.

Plants in the unfertilized control (T1) manifested the typical nitrogen deficiency symptoms characterized by severe stunting, small and few leaves with uniform light green color, reddening of the petioles and weight reduction of individual plants. This poor plant growth was improved by the mere addition of FullOn at the recommended dosage (T2) resulting to the significant increase in plant weight by about 159% .

The application of FullOn (T2) alone realized a computed yield 16.2 t/ha which was significantly higher over the unfertilized control (T1) yielding only 6.6 t/ha. The highest computed marketable yield was obtained in plots applied with the full dose of FullOn + 50% of urea (T3) reaching 28.8t/ha. This was comparable with plants applied with 100% of the nitrogenous fertilizer (T5) with yield of 27.8 t/ha indicating that FullOn can replace 50% of the inorganic fertilizer need of the crop. 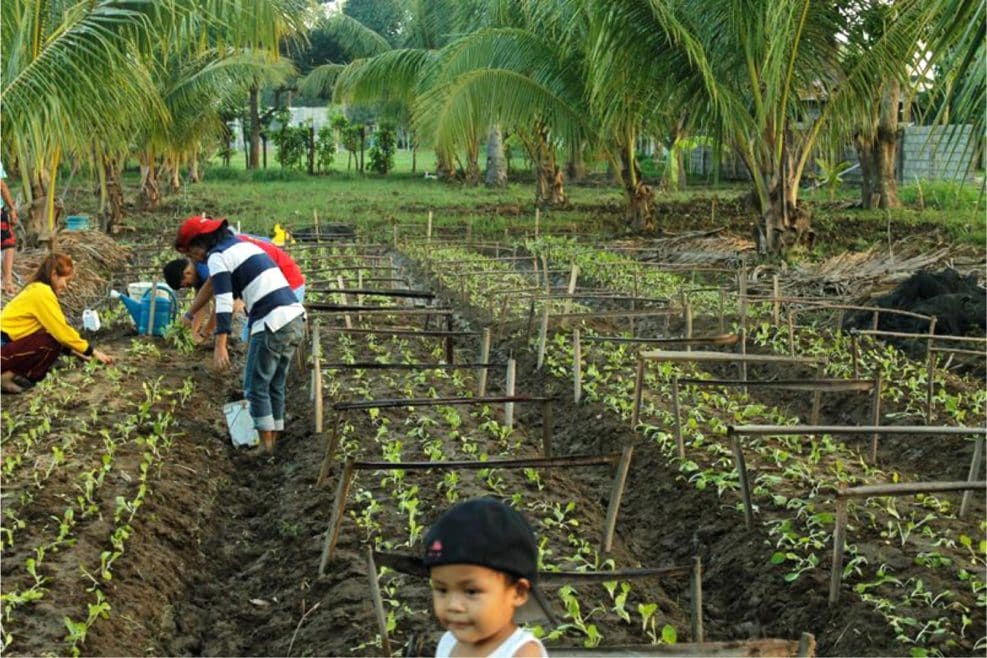 The application of nitrogen rich urea in a light textured soil had increased soil acidity affirming the environmental concerns brought by its application. The application of FullOn mitigated this condition showing its beneficial effects on soil.

The application of FullOn alone was already a profitable option with BCR more than 1. Combining it with 50% urea substantially increased profitability.

Based on these findings (The official results) is that FullOn can be used as a stand-alone fertilizer for organic pechay production. However, for maximum yield and benefits, this could be used to replace 50% of the required inorganic fertilizer. 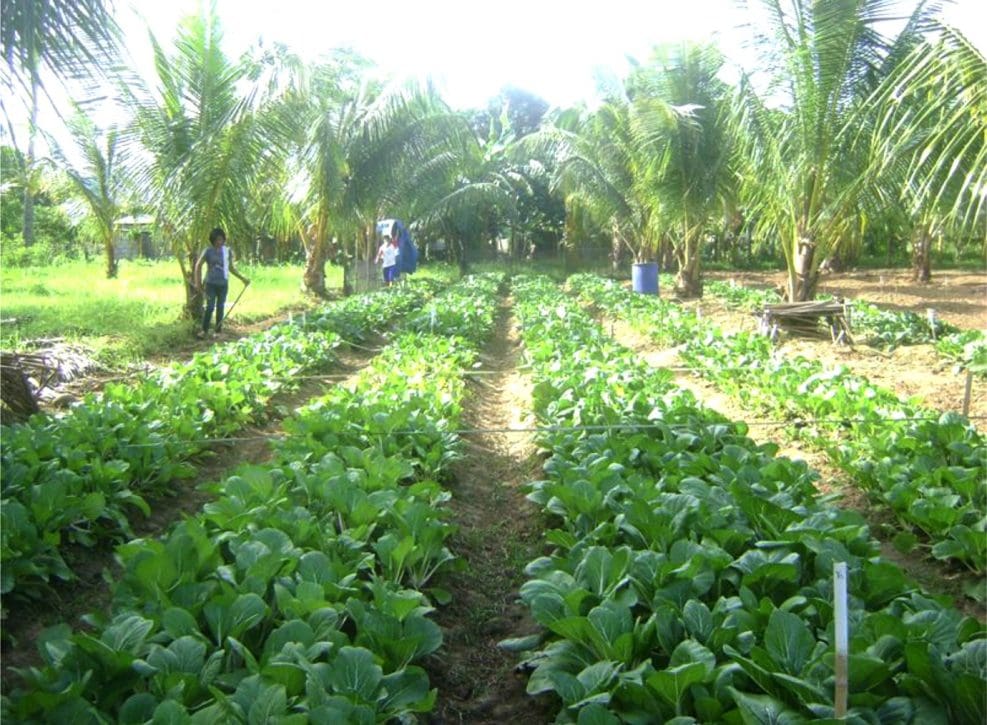